These Keto Philly Cheesesteak Stuffed Peppers Are filled with a mixture of seasoned ground beef and shaved sirloin – all of the traditional flavors you love Without the carbs!

I have been wanting to make my version of this low carb recipe for quite some time! If you are not doing low carb, feel free to slice this up and put it on a hoagie roll. Let’s get started… 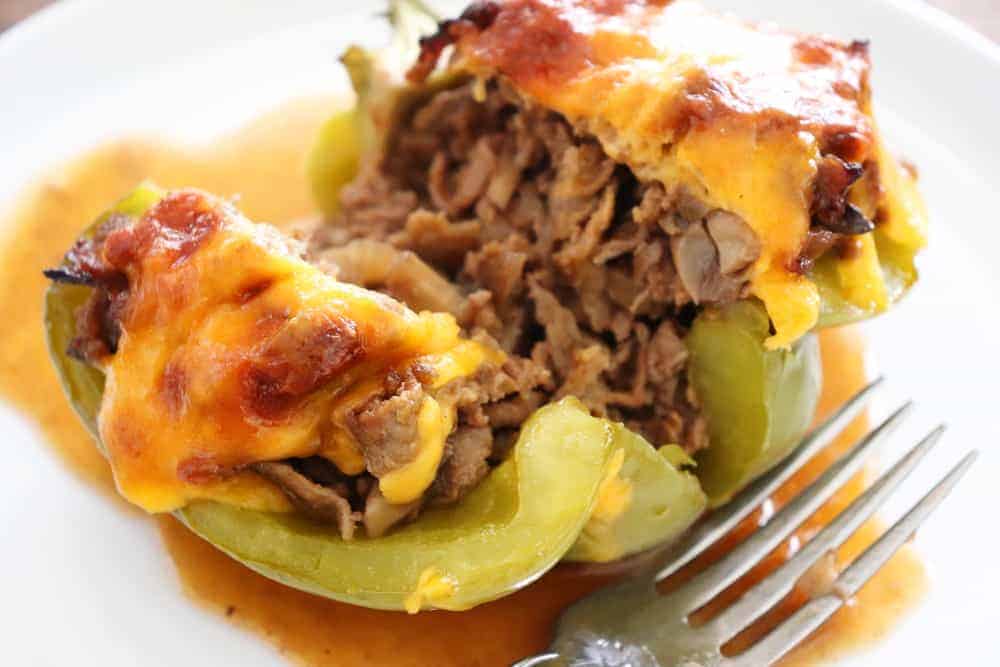 My recipe includes ground beef, shaved sirloin and chopped mushrooms. To further enhance the flavor, I am adding a mixture of beef broth, ketchup and Worcestershire sauce.

My grocery store carries Gary’s QuickSteak, as well as a bit thicker sliced sirloin in the meat department. Of course, if you can’t find either, feel free to buy sirloin and using a sharp knife, slice your own. 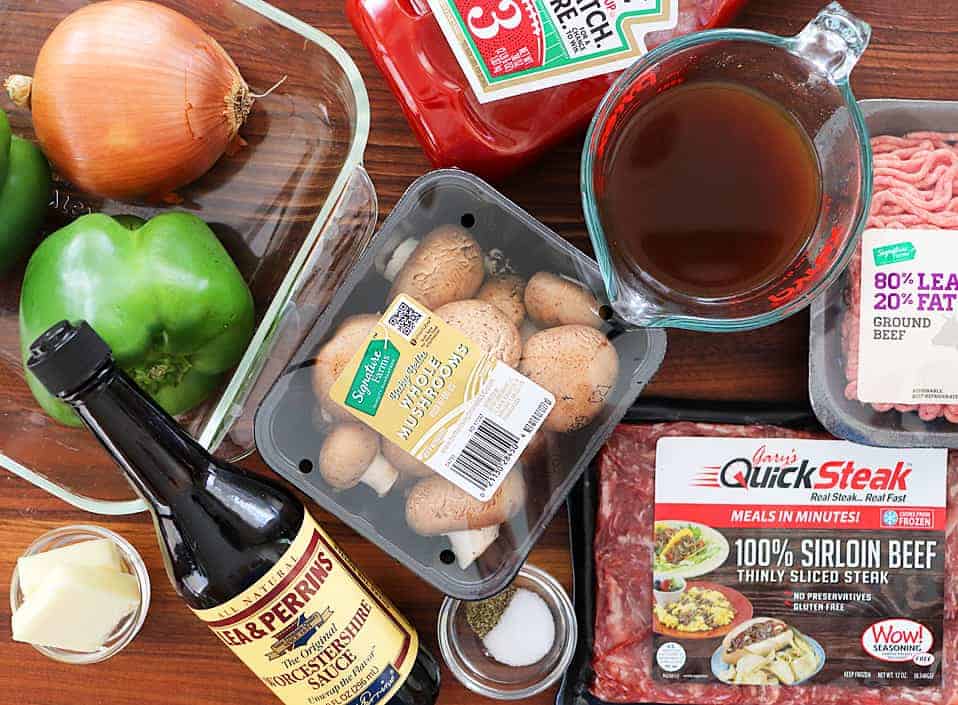 I brown the ground beef and sirloin together and remove to a bowl to avoid overcooking. Add butter to the pan along with the diced onions and mushrooms. Cook until tender.

Add the beef and sirloin back to the pan along with the ketchup, Worcestershire and beef broth. Reduce slightly. 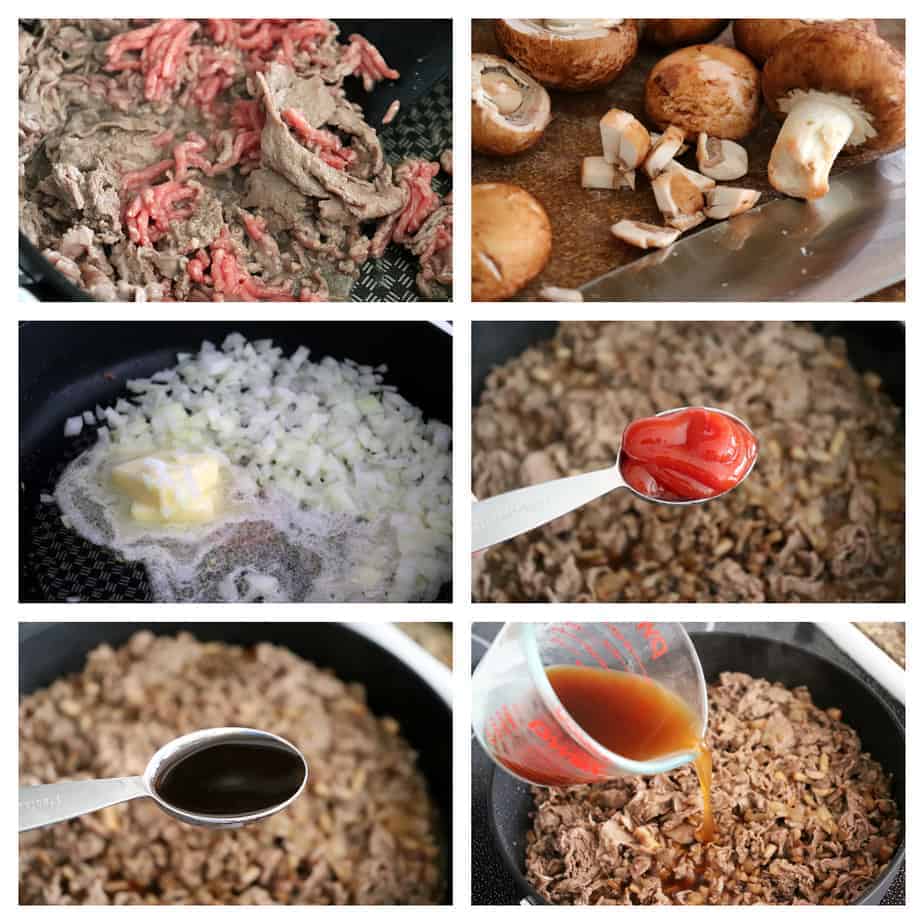 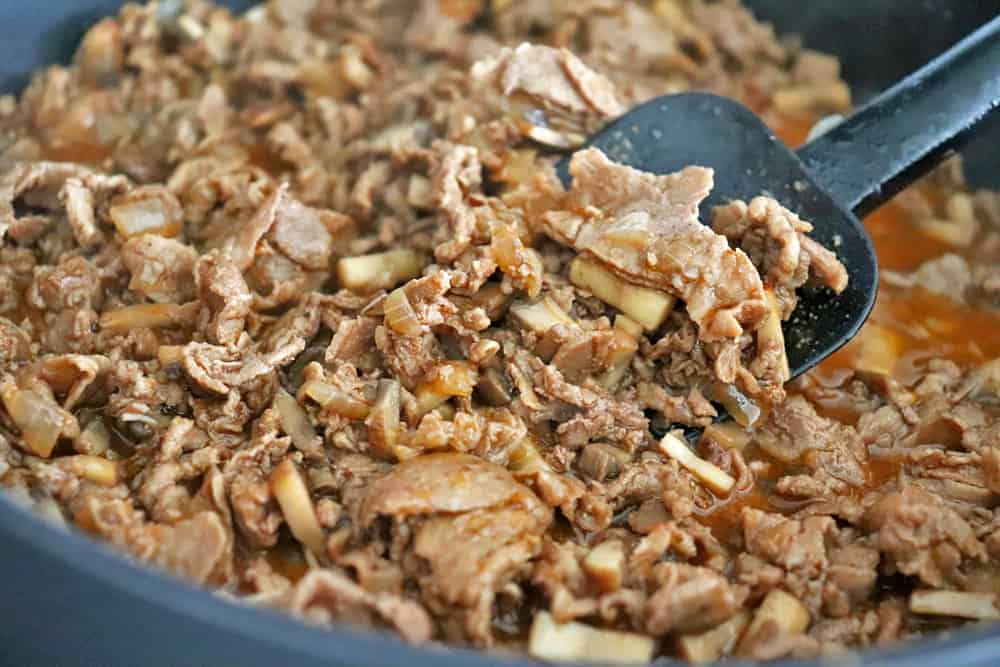 Slice the green peppers directly in half and remove the seeds and membranes. 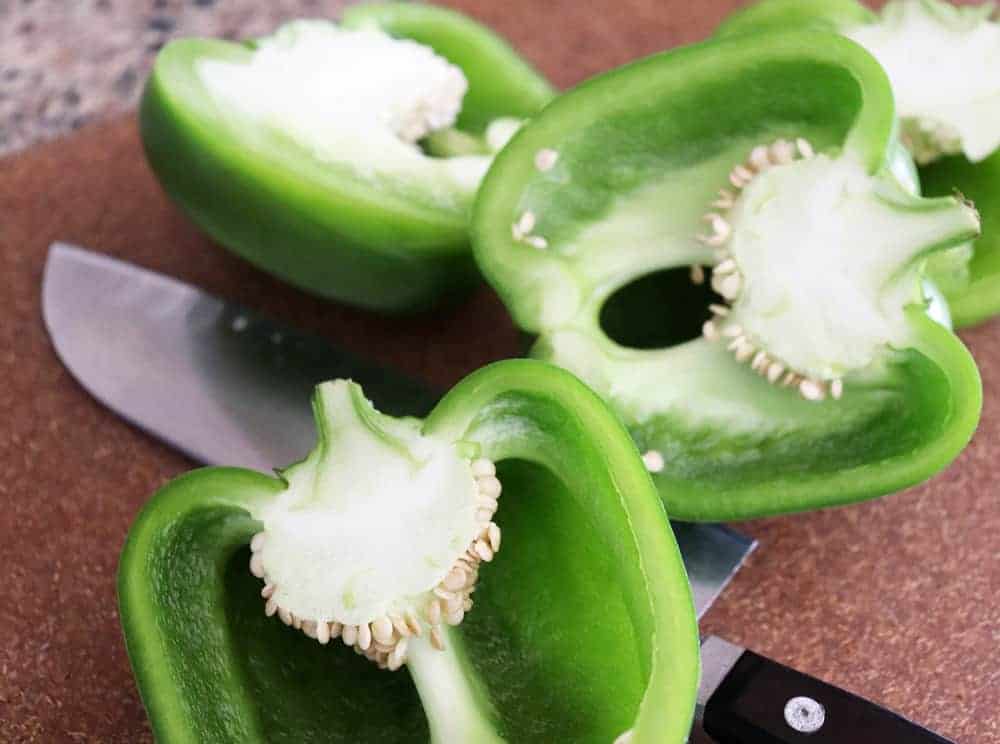 Place the pepper halves into an 8″ baking dish and fill with the meat mixture. 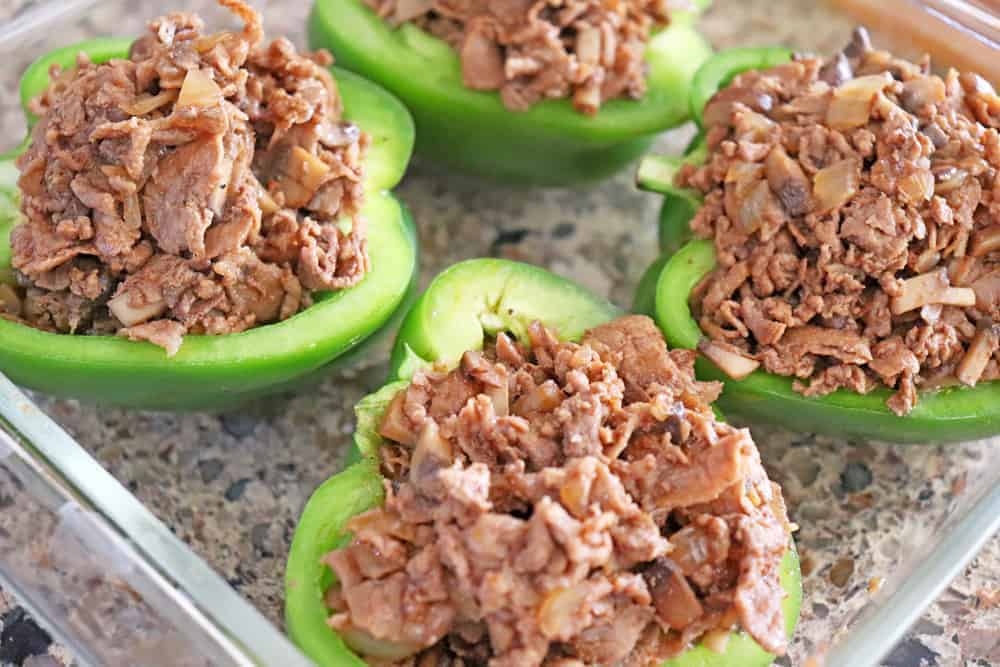 Top with plenty of grated cheddar. 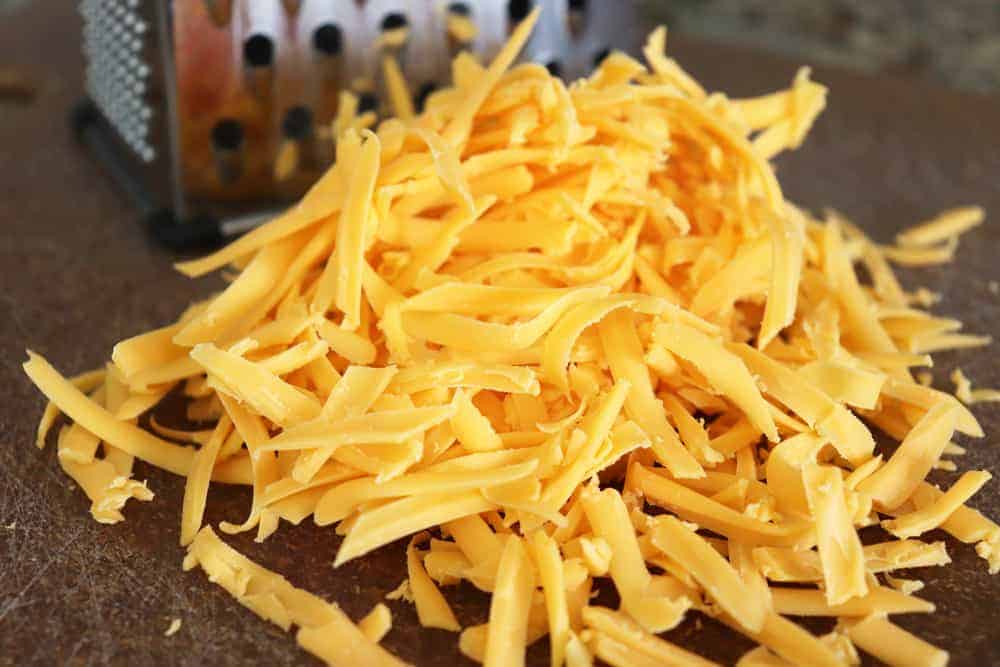 In an oven that has been preheated to 350 degrees, cook until the green peppers are tender and the cheese is golden.

Serve one half per person and again, if you are not low carb, you can slice these up and place on a hoagie roll. There’s so much flavor here, I really think you are going to love them! 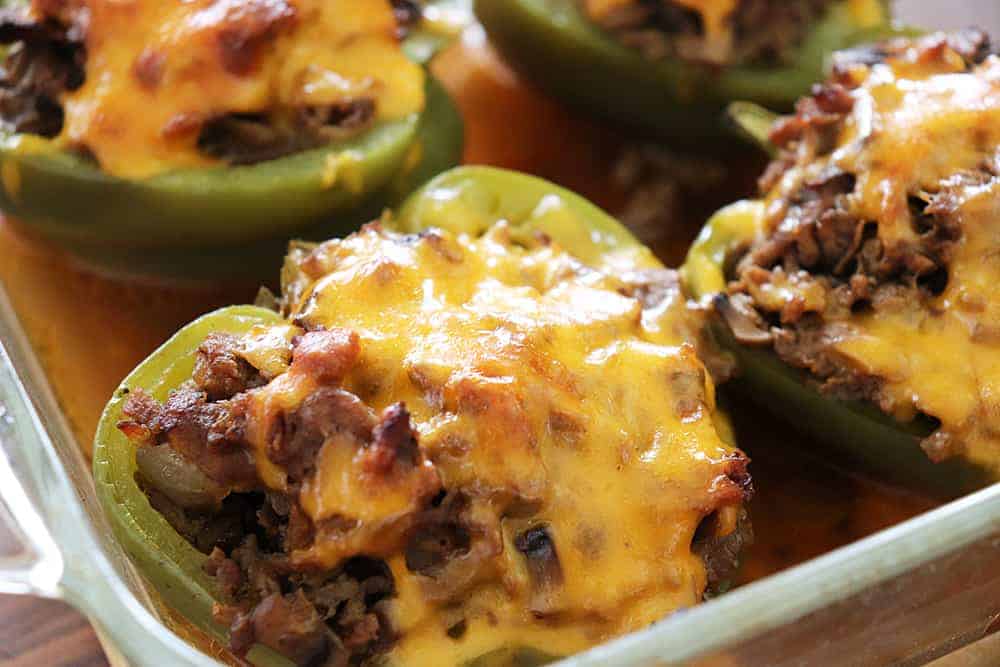 Did you make my recipe for Keto Philly Cheesesteak Stuffed Peppers? If so, leave me a comment below and let me know what you thought! And if you enjoyed this recipe, consider PINNING it for later! 🙂 You can also tag me on Instagram. I love seeing your creations. I’m @aimee_stock 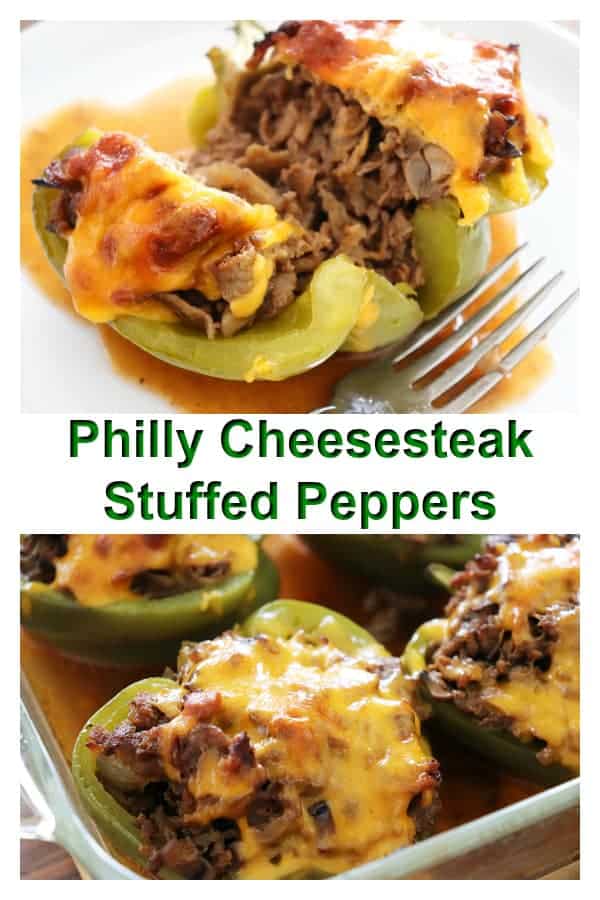 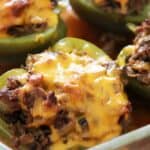 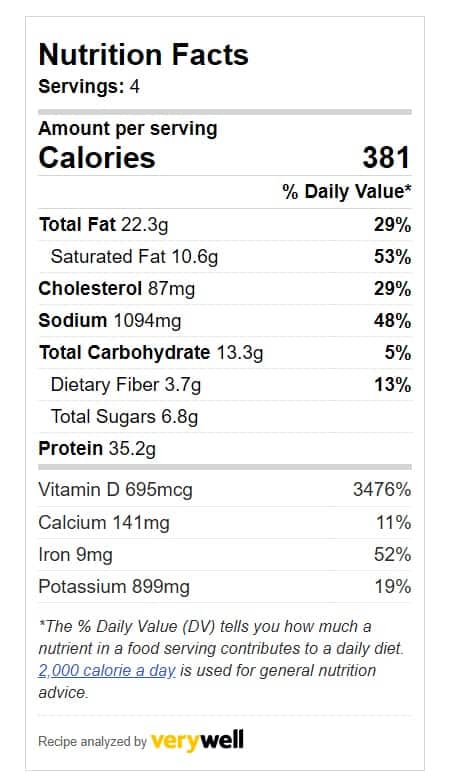 Click the image to learn more about me and how this blog came to be!

Aimee In The Kitchen
FacebookTwitterInstagramPinterestLinkedinYoutubeEmail