This post contains affiliate links. As an Amazon Associate I earn from qualifying purchases. To learn more, please read my disclosure policy.

According to Food52, fourteen-year-old Catherine de’ Medici, (who later became the wife of France’s Henry II in 1533), reportedly brought with her an entourage of Florentine cooks to Paris. But the term florentine actually refers to the presence of spinach, not the locale.

Grown in gardens all over Tuscany during her time, spinach was said to be Catherine’s favorite vegetable. This is my take on Florentine Style Cod. I think you’re really going to love it! 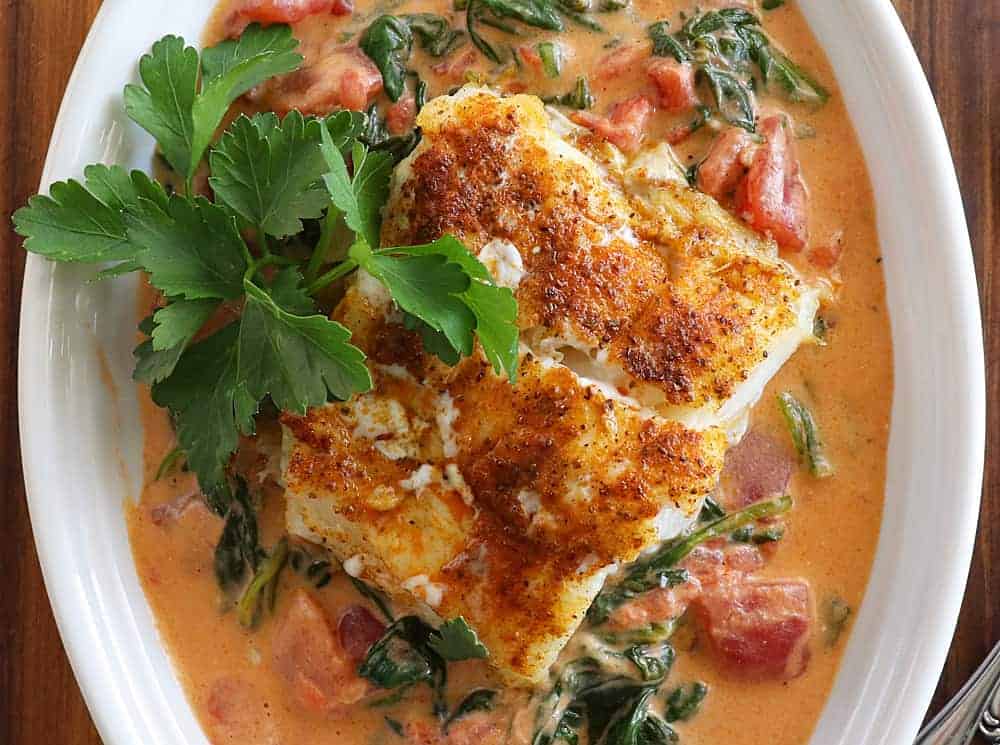 Before we get to the recipe, let’s talk a little bit about the star of the show and answer Google’s most asked questions regarding Cod.

Can Cod be cooked from frozen?

Yes! This one blew my mind. I buy bags of frozen cod and it was such a hassle to defrost them until I learned that they cook equally as well from their frozen state.

How long do you bake frozen fish?

Generally, you’ll bake at 425 degrees for 18-20 minutes or until the internal temperature reaches 145 on a digital thermometer

What if I am using fresh fish? Or fish that has been defrosted from frozen?

The instructions are the same, but the cooking time is reduced down to just 14-16 minutes. Just make sure that internal temperature reaches 145 degrees!

Simply brush the top of the cod with oil. Be sure to use an oil that can withstand the higher cooking temperature, such as grapeseed oil. 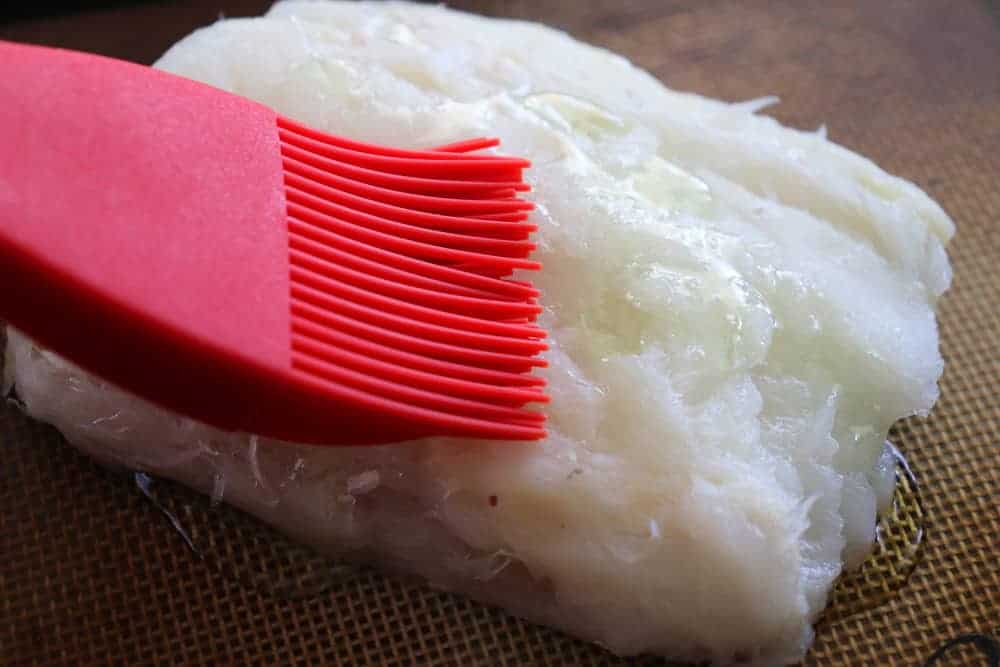 Next comes seasoning and I absolutely LOVE Old Bay Seasoning, but you could also use paprika, salt and pepper. 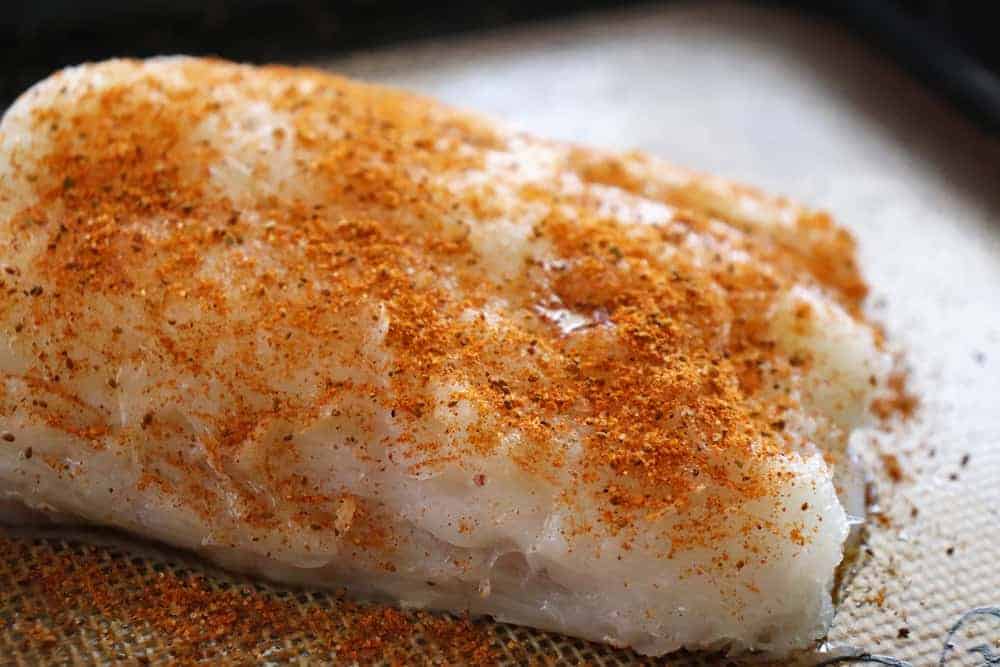 What other fish could I use for this recipe?

How do I make Florentine Sauce?

The first step is to melt butter and oil in a non-stick skillet. 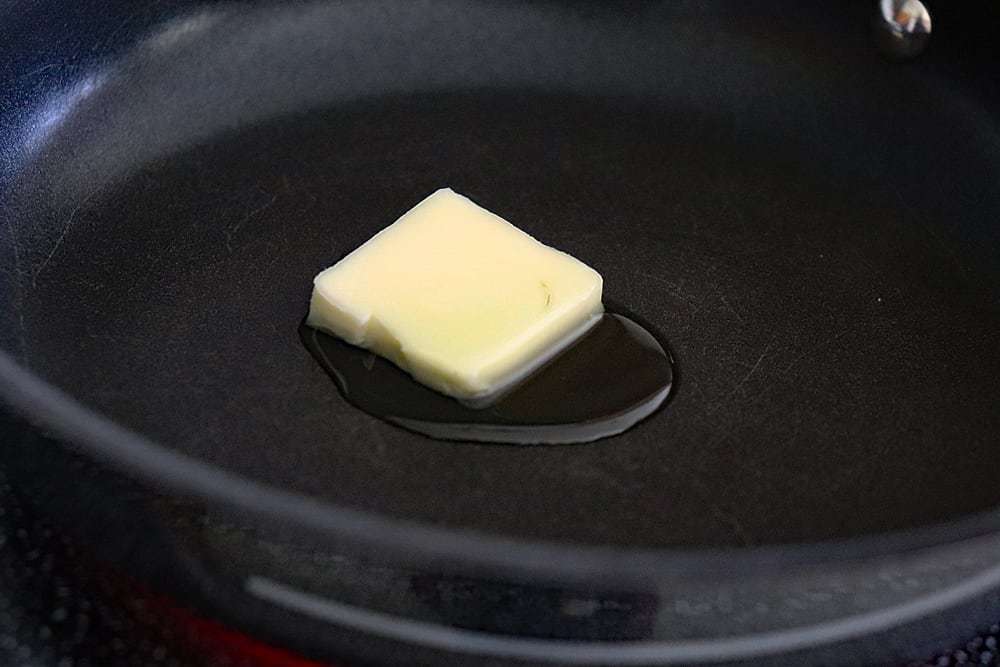 I am using canned diced tomatoes but you can also use fresh. The canned are not only convenient, but I include the juice as well.

Red peppers are sometimes used, but since the fish is so mild, I opted for the tomatoes in this recipe instead. 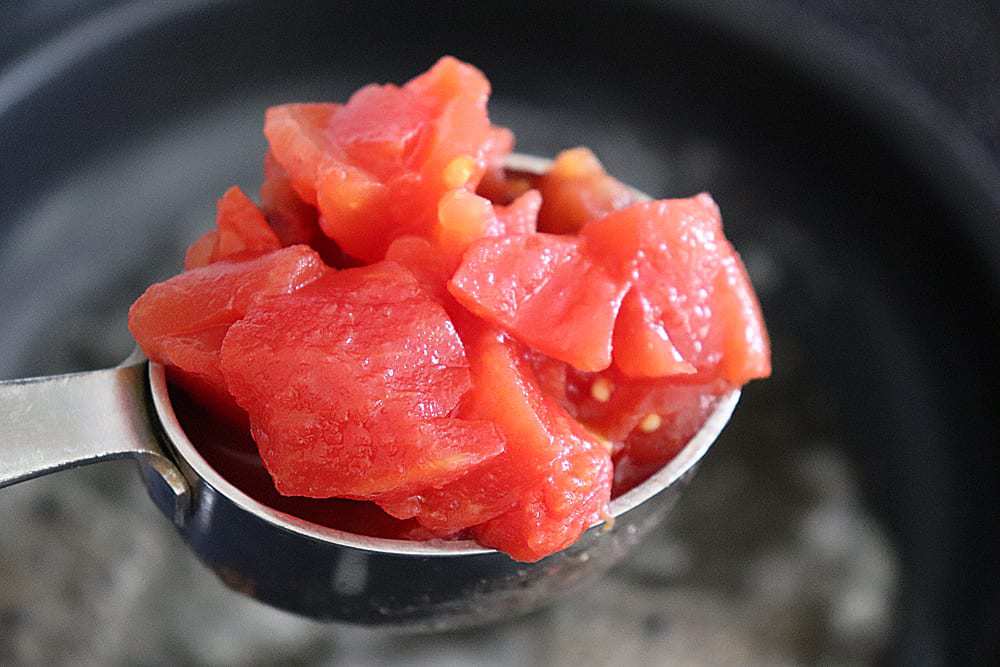 Just a small amount of garlic goes in. If you don’t like garlic, no worries. Just leave it out. 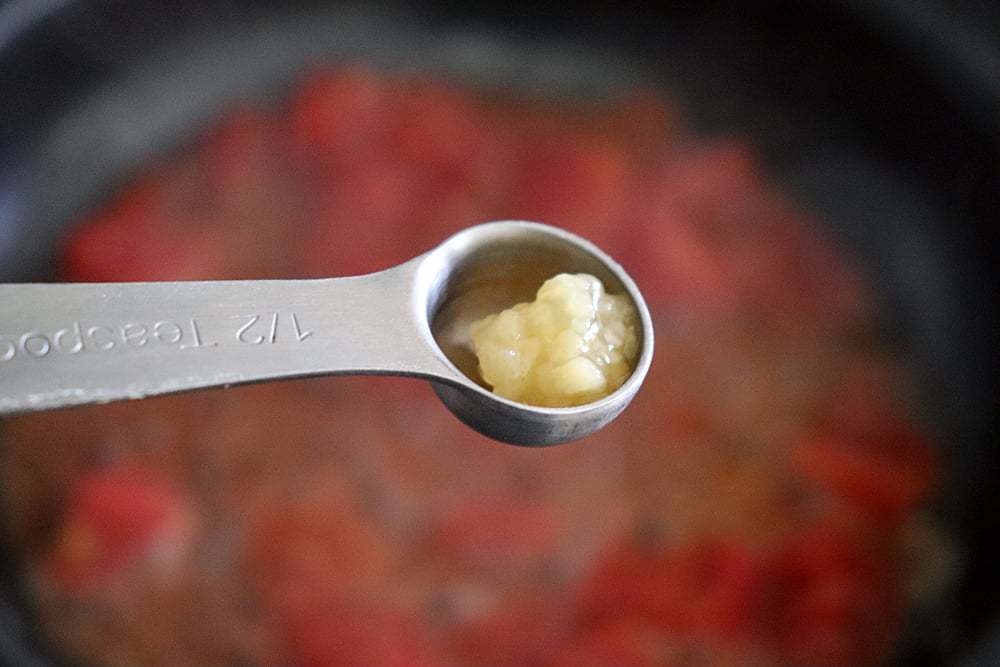 A few generous handfuls of fresh spinach are added, along with salt and pepper. Add more than you think you’ll want because as you know, it cooks down to almost nothing. 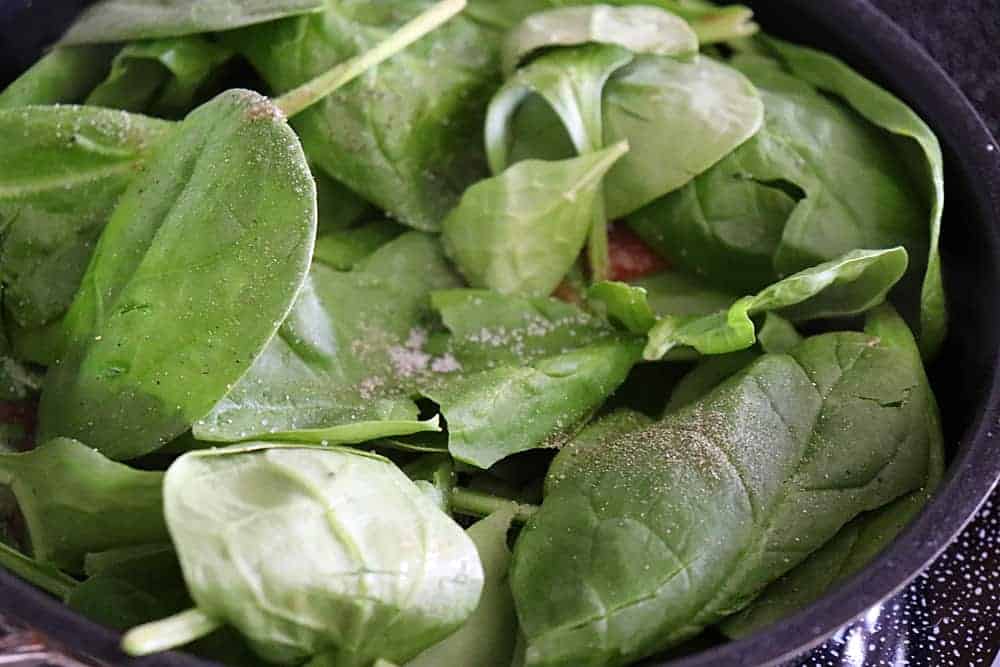 Cook until the spinach is almost wilted. 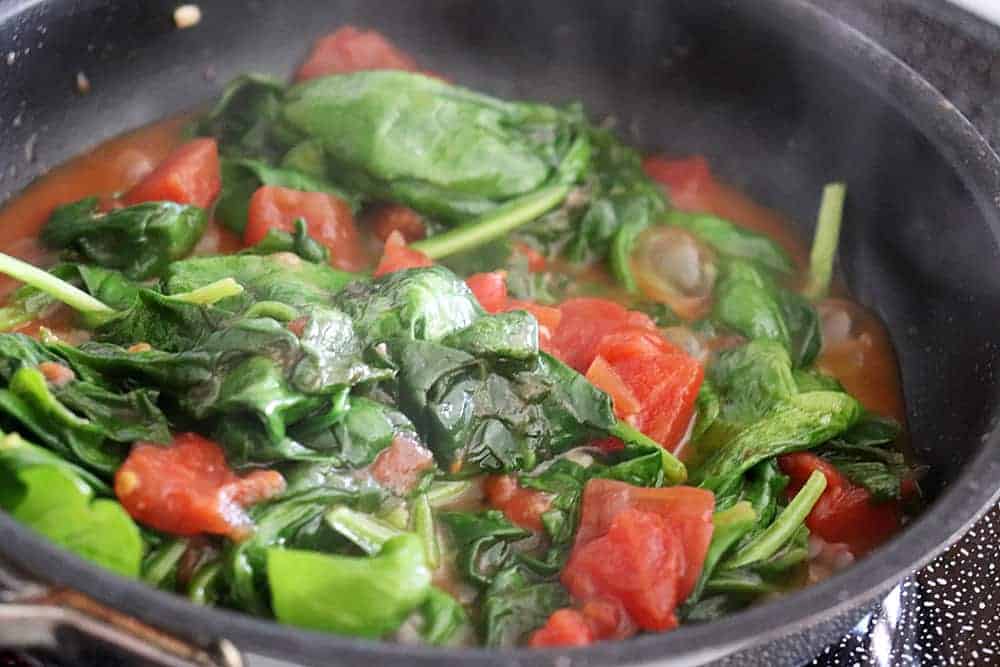 Now to create the sauce, we’ll begin with cream cheese. 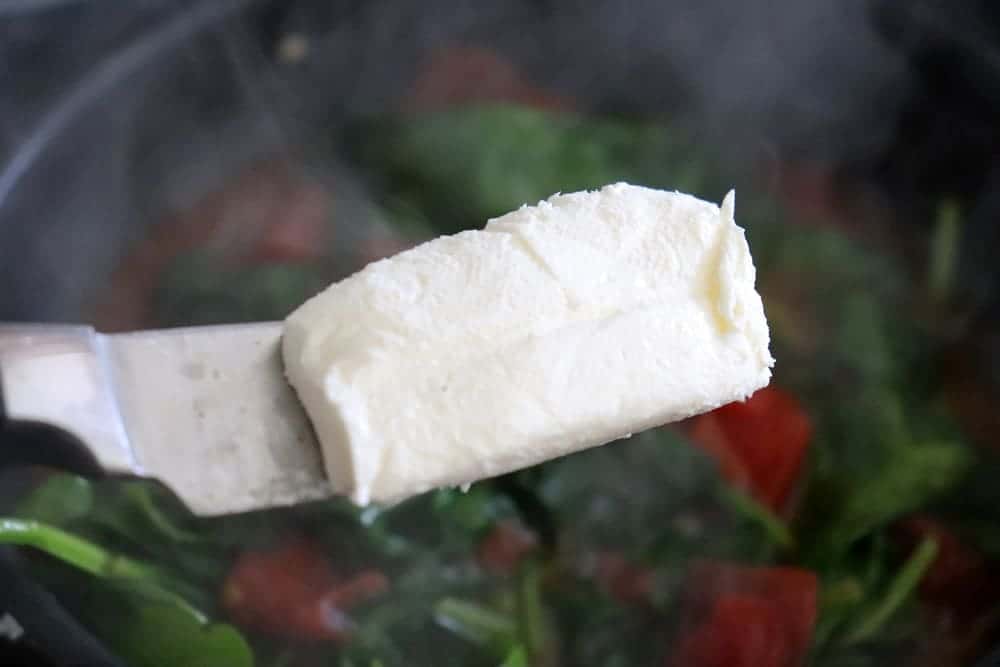 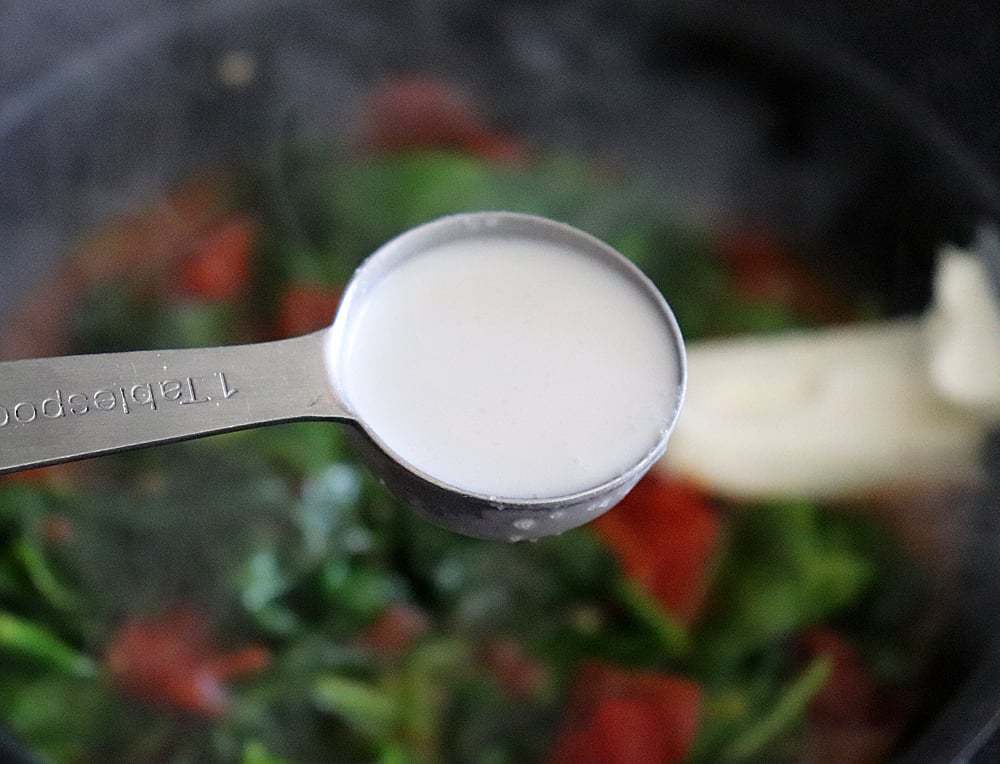 Last, but certainly not least, grated parmesan. Stir the sauce just until it all comes together and place on to your serving plate. 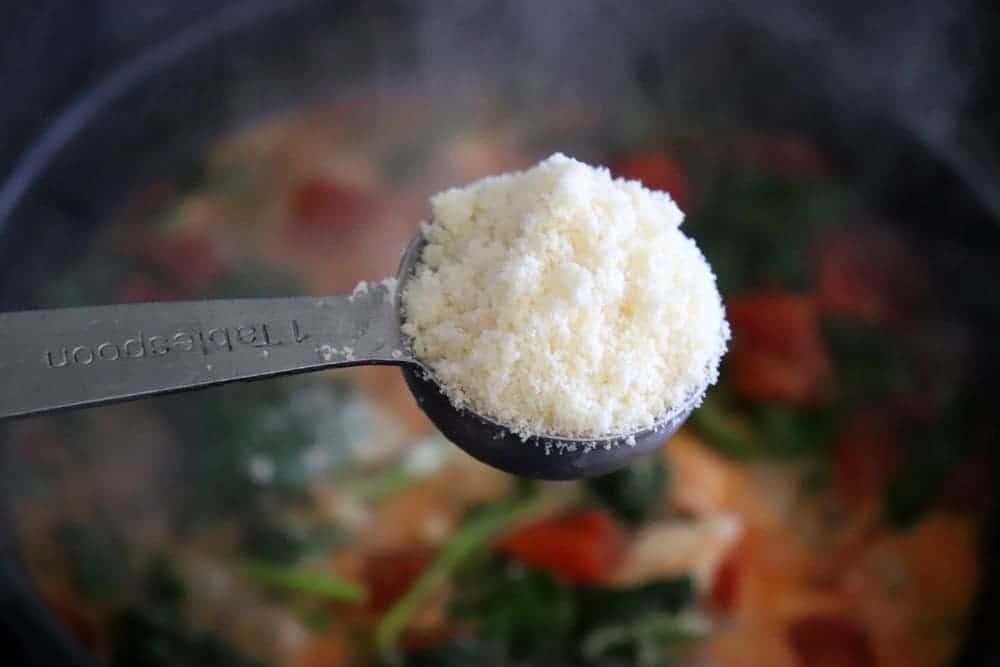 Place the fish on top of the sauce and garnish with fresh sprigs of parsley. Season with just another pinch of salt. 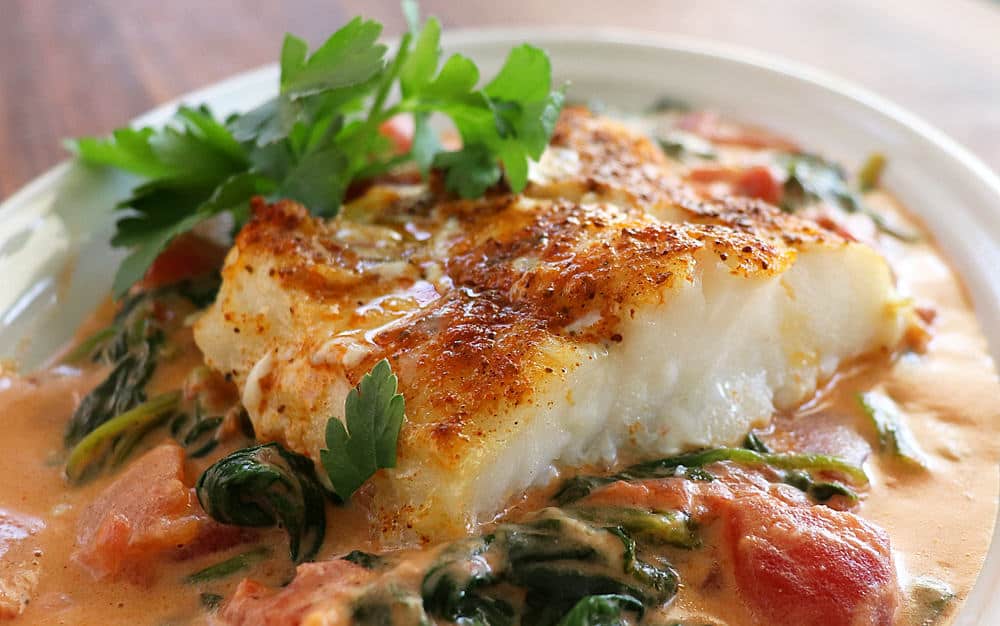 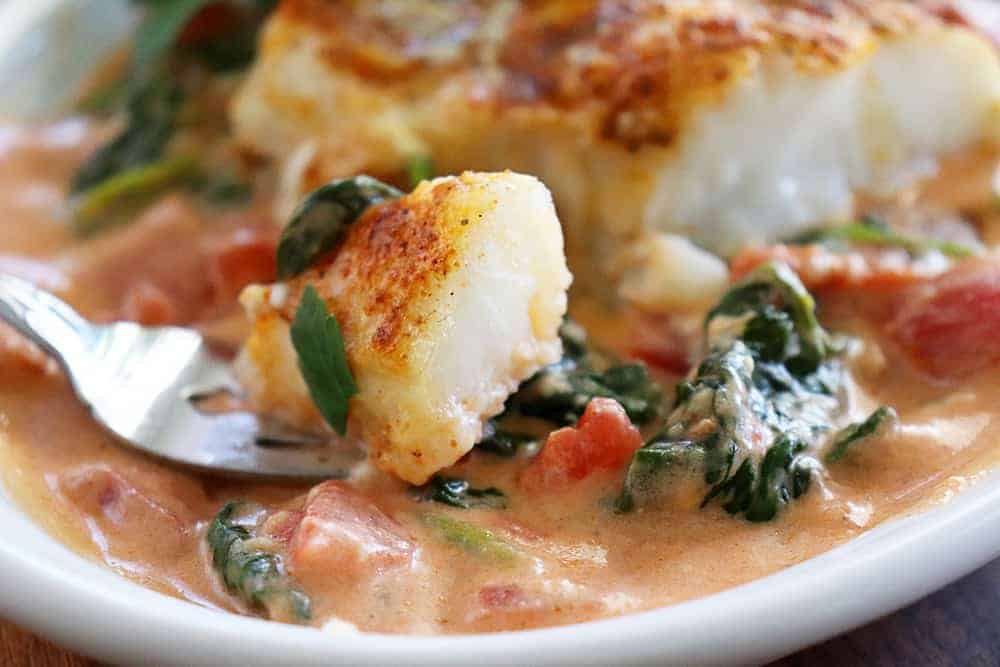 Did you make this recipe for Florentine Style Cod? Leave me a comment below and let me know what you thought. 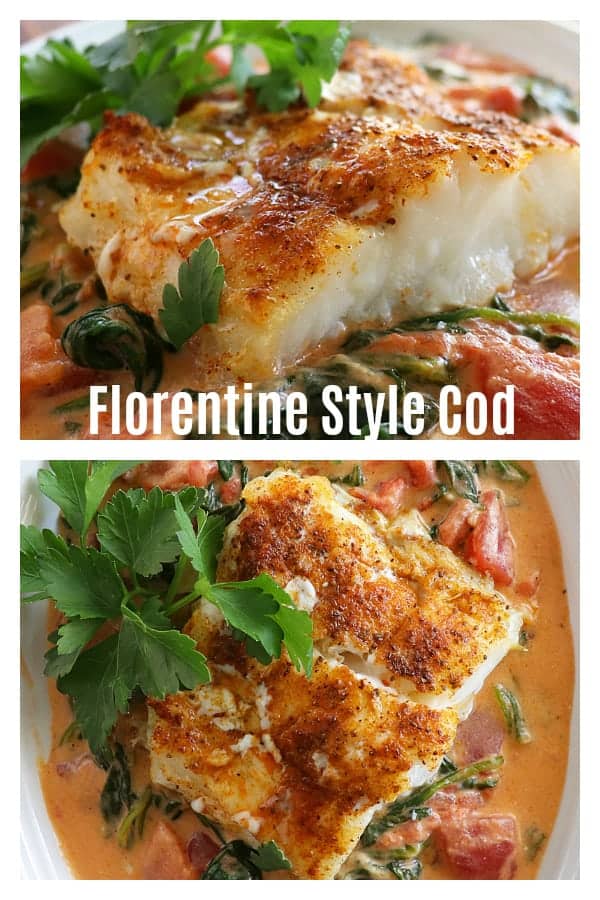 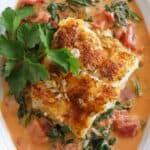 FOR THE BAKED COD:

FOR THE FLORENTINE SAUCE:

TO MAKE THE BAKED COD:

TO MAKE THE FLORENTINE STYLE SAUCE: 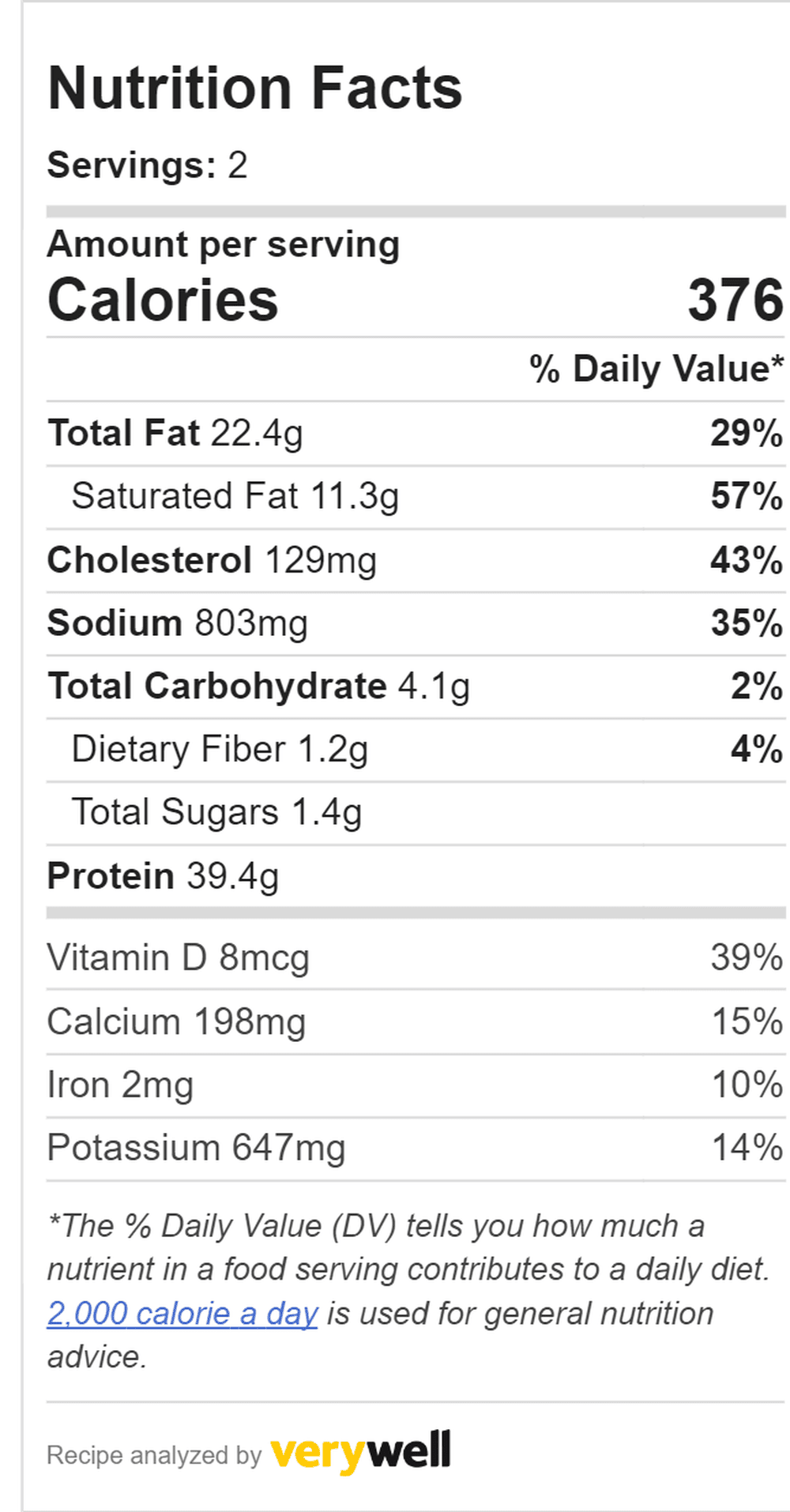 Hi, I'm Aimee. Welcome to my kitchen! I'm a recipe developer, content creator & self-proclaimed Christmas fanatic. On Aimee in the Kitchen, you'll find my original recipes, product reviews and more. Be sure to comment, follow, like and subscribe. Thank you for being here :)